Permanent first molars are the most vulnerable teeth to dental caries. This study aimed to assess the association among the eruption stage of permanent first molars, demographic, socio-economic, tooth brushing behaviors and fluoride used among 6 - 8 years old schoolchildren of Tessaban Primary School in Hat Yai Municipality. Cross-sectional data on eruption stage of permanent first molars, demographic, socio-economic, tooth brushing behavior and fluoride used were assembled from 346 children-caretaker pairs using structured-questionnaire. Caries status was clinically examined using modified criteria from WHO. Fixed effect random intercept logistic regression was used to estimate the magnitude independent association between variables and caries status based on variability within-subject. The prevalence of dental caries in permanent first molars was 43.6 %, while the caries experience indexed as Decayed, Missing, and Filling Teeth (DMFT) was 1.00±1.36. Children who brush irregularly at night, share tooth brush among family member and have deciduous caries significantly inclined to have higher caries in the permanent first molars than those who did not. These findings should be noticed to take appropriate treatment and preventive measures in this age group.

H Seirawan, S Faust and R Mulligan. The impact of oral health on the academic performance of disadvantaged children. Am. J. Public Health 2012; 102, 1729-34.

PA Batchelor and A Sheiham, The distribution of burden of dental caries in schoolchildren: A critique of the high-risk caries prevention strategy for populations. BMC Oral Health 2006; 6, 3.

I Yavuz, B Baydaş, A İkbal, İM Dağsuyu and I Ceylan. Effects of early loss of permanent first molars on the development of third molars. Am. J. Orthod. Dentofacial. Orthop. 2006; 130, 634-8.

MS Skeie, M Raadal, GV Strand and I Espelid. The relationship between caries in the primary dentition at 5 years of age and permanent dentition at 10 years of age: A longitudinal study. Int. J. Paediatr. Dent. 2006; 16, 152-60. 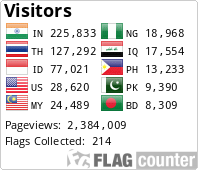 This is an Open Access journal, by Walailak University.
All material is licensed under a terms of the Creative Commons Attribution 4.0 International (CC-BY-NC-ND 4.0) licence, unless otherwise stated.